You are here: Home - Retailers Blog - All About E-Cigarettes 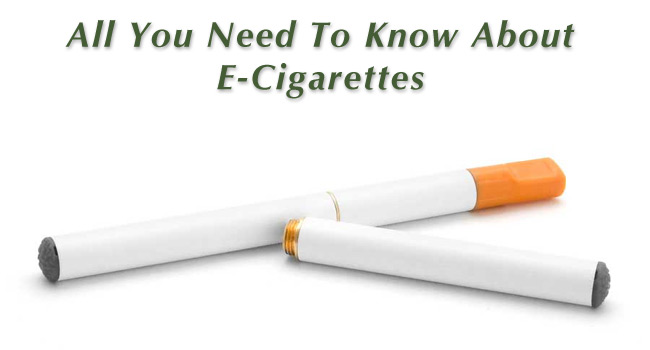 Smokers were not that impressed with the first generation of e-cigarettes. They were not as satisfying as consumers expected and in many cases were more expensive than cigarettes because of the high shipping costs. At first shoppers had difficulty locating e-cigarettes, which were only available from several manufacturers mostly located in China, where the e-cigarette was first introduced in 2004.

But new technology has brought different products to the marketplace with increased user satisfaction, and the introduction of refill cartridges has brought more attractive pricing as well. This has resulted in increased sales. Now with a variety of options available, most distributors are offering a number of different brands of varying styles, strengths and flavors. Shoppers have the option of buying single – ’disposable’ units, or kits that include refill cartridges, chargers and spare batteries.

The growth of the e-cigarette business hasn’t escaped the notice of the big tobacco companies. Faced with declines in the volume of traditional cigarettes, the big tobacco companies see an opportunity to serve a new and growing market. Last year Lorillard Tobacco invested $135 million to acquire ‘blu’; and they now command 40% of the e-cigarette retail market share. Lorillard estimates that the total e-cig retail market could be worth almost $1 billion this year. Now R J Reynolds is releasing its entry ’VUSE’, and Altria will introduce its own e-cig later this year. 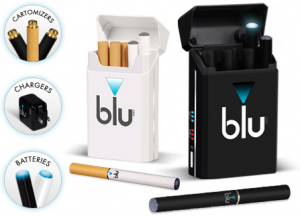 There are two major problems facing e-cigarettes. The first is the lack of standardization in the industry. Consumers are understandably confused because the part and chargers are not interchangeable. This means that retailers must carry a variety of different brands to satisfy consumer demand. This, in turn, creates space and display problems inside the store.  The product will not sell itself; it needs to be seen to be sold. The second problem is one of education. Store owners need to be sure that their staff can answer consumer questions and help guide them to a sales solution.

What is an e-cigarette?

The need for education brings up the question of just what is an e-cigarette.  E-cigs are electronic devices about the size of a regular cigarette that produce a vapor containing nicotine. Many have an LED in the end to simulate the effect of being lit. They are made up of a rechargeable lithium-ion battery that powers an atomizer, which is a small heating coil used to vaporize the liquid, and a cartridge that contains the liquid used to produce the vapor and deliver the nicotine. Some models combine the cartridge and the atomizer to form a ‘cartomizer’.

At present, e-cigarette packaging is not required to carry any health warnings because they are not regulated by the FDA. Vermont law prohibits the sale of e-cigarettes to minors and requires that cigarettes be displayed behind the counter just like cigarettes.

To learn more about e-cigarettes and how they can improve your sales volume and profits, ask your Hibbert & McGee sales representative about the latest e-cigarette trends in your area and the latest industry developments, or request info here.